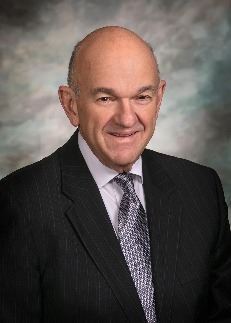 He has been a licensed attorney in Missouri for more than 35 years serving both as an elected Prosecuting Attorney and a trial attorney in private practice. He also is admitted to practice in the U.S. District Court for the Western District in Missouri, The U.S. Court of Appeals for the Eighth Circuit and the Supreme Court for the United States of America.

He was a police officer for the Overland Park, Kansas Police Department from 1973-1978 and attended the Kansas City, Missouri Police Academy for six months in 1973 where he graduated ranked #1 in his class in both academic and firearms qualifications in the 19th Regional Class.

Holliday began his law career in 1981 first serving as an Assistant Prosecuting Attorney for Jackson County, Missouri. He was elected as the Prosecuting Attorney for Andrew County in 1982 and served as the elected Prosecutor in Andrew County from 1983-1990. He was in private law practice from 1990-2005 and during that time became a partner in the law firm that eventually became “Thomas, Burns, & Holliday” where he practiced family law, criminal law, and personal injury. He also served as the Attorney for the City of Savannah, Missouri and the Village of Country Club, Missouri for over 25 years. During those years, he practiced law throughout Northwest Missouri and gained extensive experience in the appellate courts in Missouri. He has appeared before the Missouri Supreme Court in multiple cases.

In 2005, Holliday became the First Assistant Prosecutor for Buchanan County and served in that capacity until elected to his current position in 2018.

As a trial attorney, Holliday has handled over 75 jury trials in his career and has successfully handled numerous high profile criminal prosecutions including multiple murder cases, felony assault, armed criminal action, and robbery, financial exploitation of the elderly, burglary and drug cases. He also has successfully defended numerous individuals charged with criminal offenses to a jury and obtained acquittals in 8 of those jury trials.

*Award of Distinction from the Missouri Prosecuting Attorneys Association-1985

*St. Joseph News-Press has described Holliday as “one of the top trial attorneys in Northwest Missouri.”

Laura B. Donaldson, Assistant Prosecuting Attorney, has been with the Buchanan County Prosecutor’s Office since 1988, and currently prosecutes Child Support cases. Ms. Donaldson prosecuted drug cases from 1990-1994, and sex crimes from 1994-2005. Ms. Donaldson obtained her Bachelor of Arts Degree in Psychology from William Jewell College, her Masters Degree in Business Administration from the University of Kansas, and graduated from the University of Kansas School of Law.

Joshua C. Bachman, Assistant Prosecuting Attorney, has been with the Buchanan County Prosecutor's Office since 2016. In 2005, Mr. Bachman received his Bachelor of Arts Degree from Grove City College in Grove City, Pennsylvania, and his Master of Arts and Juris Doctorate in 2009 from Regent University in Virginia. Mr. Bachman served over five years as an attorney for the Public Defender's Office and two years in private practice.

Ms. Davidson began her career in public service in 2001 when she joined the Buchanan County Public Defender’s Office.  She rose through the ranks and from 2005-2008 she was the District Defender charged with managing that office.  In 2008, Ms. Davidson transferred to the Fourth Circuit Public Defender’s Office where she continued to serve as the District Defender until joining the Prosecuting Attorney’s Office in 2018.

As a trial attorney, Ms. Davidson has handled over 30 jury trials which include cases of first degree murder and other serious crimes against persons.  She has also served as an elected council member of the Young Lawyers Section of the Missouri Bar.

Robert L. "Bob" Reinhardt received his undergraduate degree from Northwestern University and his juris doctor from the University of Missouri-Columbia.  He has worked as an assistant prosecuting attorney in both Cooper and Buchanan Counties. Previous to rejoining the Buchanan County Prosecuting Attorney's Office, Bob worked there from 2008 to 2016 primarily as the drug prosecutor.